(Thank you to NetGalley and Europe Comics for sending me an eARC to review).

Raven is a swashbuckling adventure comic, perfect for fans of Pirates of the Caribbean.

The reader is immediately through into the middle of an epic ship v ship battle at sea before being introduced to our MC. Raven is known as a bad omen among his fellow pirates and is underestimated by everyone he meets. He’s an interesting enough MC with a lot more to him than meets the eye. After some eavesdropping he’s introduced to Darksee and her quest for impossible riches. Darksee is a badass cutthroat and pirate captain who for me at least, steals the show. She’s unreserved in her ruthlessness and wits, I can’t wait to see what she does next.

The artwork is a real highlight of this comic. It works wonderfully to convey the tone of the story and is completely immersive; the details on the pirate ship’s rigging is a particular favourite of mine. The formatting of the panels and dialogue bubbles really helps to keep the reader engaged and keeps up with the fast pace of the story. The way the elements are drawn and coloured really gives this comic it’s character and naturally evokes the feeling of sailing the high seas and descending into the watery depths.

This story definitely has a lot more to offer and I wish some of the other characters were a bit more involved. Aside from Darksee’s character there isn’t a lot that’s unique to this story – it’s a pirate adventure in search of impossible riches, but that’s about it. Raven definitely has potential to be one of the best pirate comics in decent years and hopefully in the next instalment we’ll get to see some really exciting twists and action. 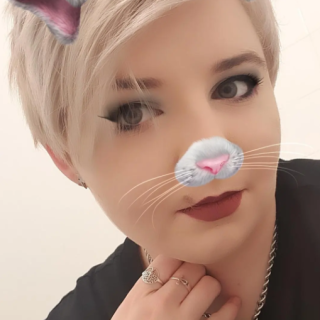 Eddie is really enjoying Empire of the Vampire by @misterkristoff 🧛🏻‍♂️
Another weekend, another train journey 🚅 #london
A comforting and relaxing read for the weekend 😅
Bubbles at Reading Festival
@heavymusicawards 2021
I do love books with sprayed edges 😍